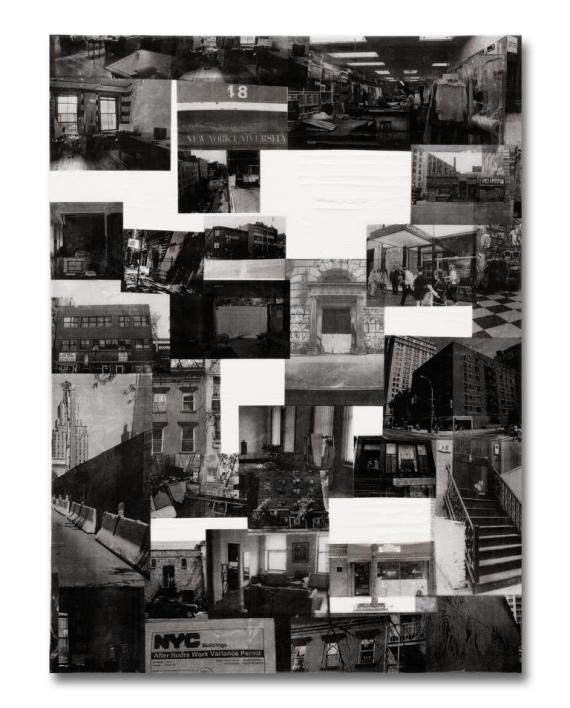 In her art Caro Jost deals with the question how time, places and events can be detected in all their complexity and be preserved. In 2000 she developed her "Streetprints" in New York, a specific way to make the invisible patterns of the past visible again, to reflect the real in its authentic form and to put into a current, contemporary context.

The environment itself is the subject and at the same time real first print. The tracks that people have left in the asphalt over the decades with each of their steps are recorded and blend together in the print to form an entity: time and place come together. Streetprints are a concentrate of the past in the present. When selecting the locations Caro Jost links historical and very personal aspects with each other. In the last 14 years, the artist has visited more than 40 world cities, documented them in her very own way and transferred the "language of the big cities" into her works of art.

In 2010, Caro Jost began to look for traces of the Abstract Expressionists in New York. She researched and visited the former artists' studios, recorded and filmed what is still visible today of these places where once art history was written. This research resulted in a successful film documentation (Final Traces of the Abstract Expressionists) and a new series of works using and re-working the photo and film material. On a canvas primed with a Streetprint a collage-like image structure of the film stills in several layers is placed and superimposed with picturesque interventions. The new series of works shows initially still recognizable realistic scenarios - black/white images of the former artists' studios - which dissolve in the latest work from 2013 into more and more abstract compositions. Streetprints are the basis for all the works and the thereby resulting relief prints are like a mysterious, unreadable code of the past which pervades the works of Caro Jost.